This was our first trip to NYC, that led us to move to the East. We went in September for Kevin’s job interview and there was no way I was letting him go without me. I fell in love with the city. At one point I thought I wanted to live in the city but soon realized that it would be too much of an adjustment to what we were used to. Not to mention very expensive to live in a good area with good schools and it would be a long commute for Kevin. One of the guys he works with lives in the city and he drove around for an hour and a half looking for a parking spot. So basically I just justified our decision to move to Fairfield Connecticut. 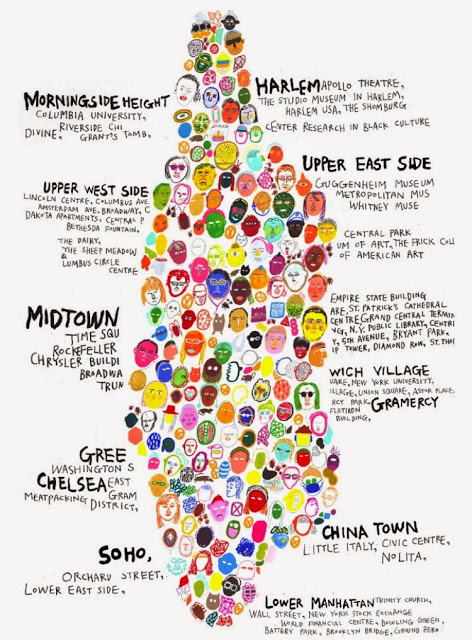 I actually used this funky little map I found on Pinterest while we were on the Subway going from Brooklyn, in Lower Manhattan to the Upper West side. It helped me to visualize where places were in relation to each other. Basically when you are underground in the subway you have no sense of direction, you just hop on and go all over town. You want to try a specific cookie from a specific amazing place after pizza on the opposite end of town… sure, lets go! 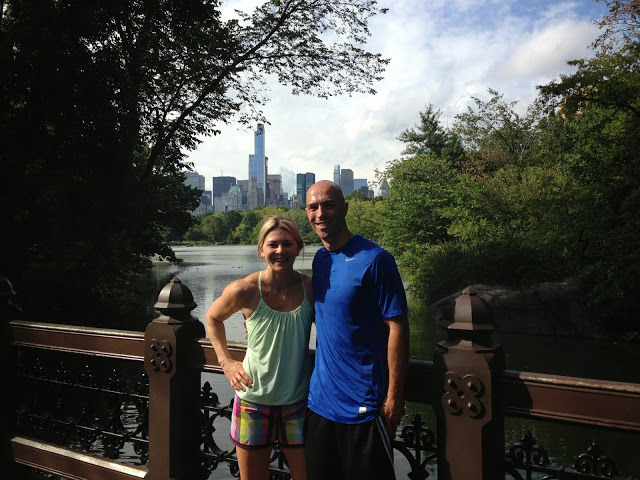 We had to fully experience Central Park, by running through it. We have gone another time since and we did a Carriage ride. Running through it was my favorite way to see it, with all the locals. 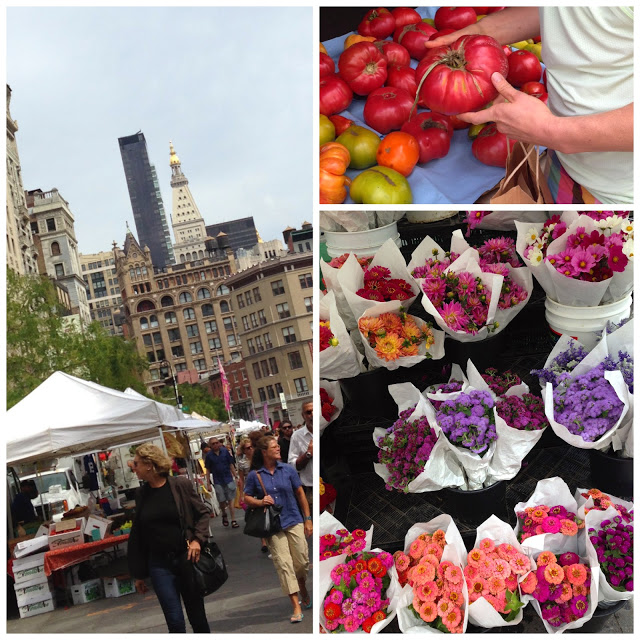 Anytime of the day or day of the week you can stumble upon Farmers Markets, basically a dream come true. This was at Union Square. 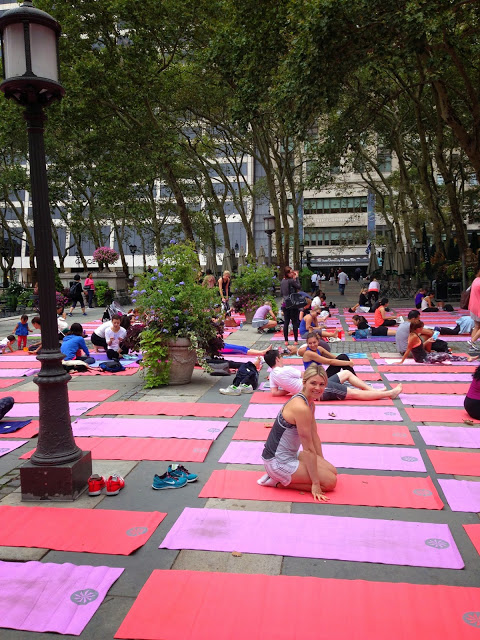 Free yoga in Bryant Park, this was amazing. You could hear the city and so much going on around you while you “centered yourself.” Kevin even did it, not sure he enjoyed how close he got to a strangers feet, but hey it’s what you expect in NYC. 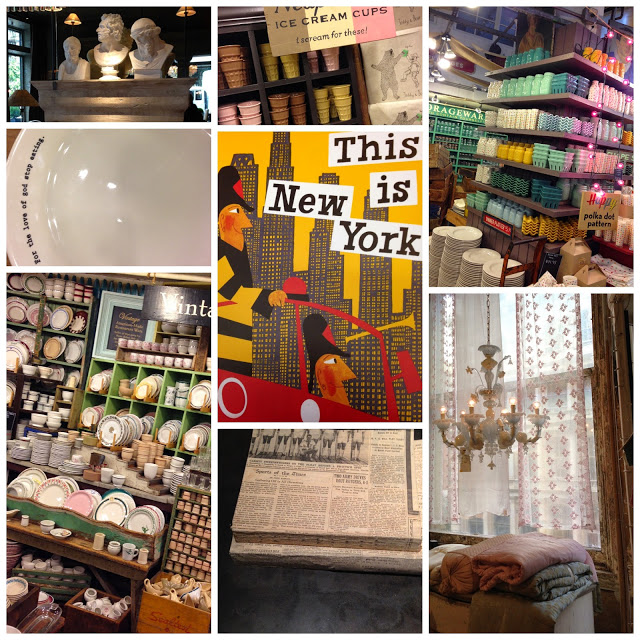 I met up with a friend and went shopping – ABC Home (pretty shocking prices, but beautiful displays and building). Fishes Eddy with unique dishes, dishes stop me in my tracks. Strand Book store, unique books, reminded me of the book store in You’ve got Mail. And had to hit Anthro and Restoration Hardware on 5th Avenue. 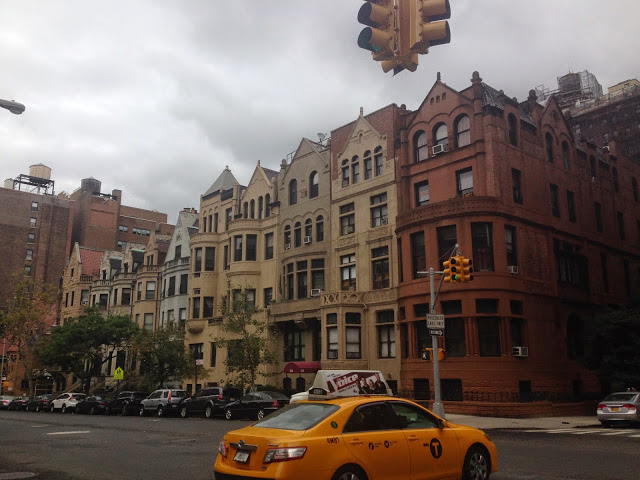 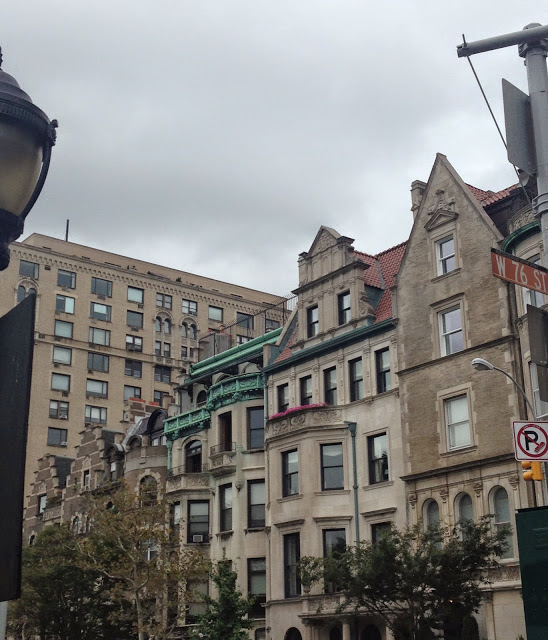 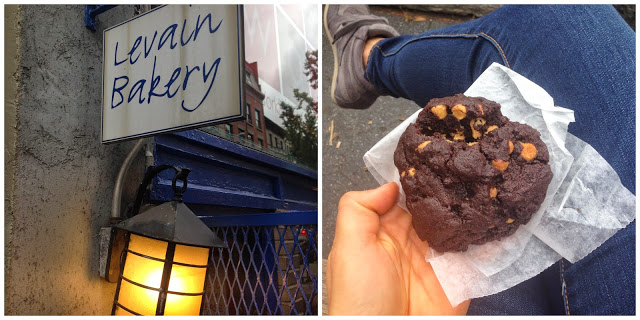 Levain Bakery, aka “cookie heaven”. I rarely eat things like this but couldn’t pass up trying one of these and yes they were worth it. 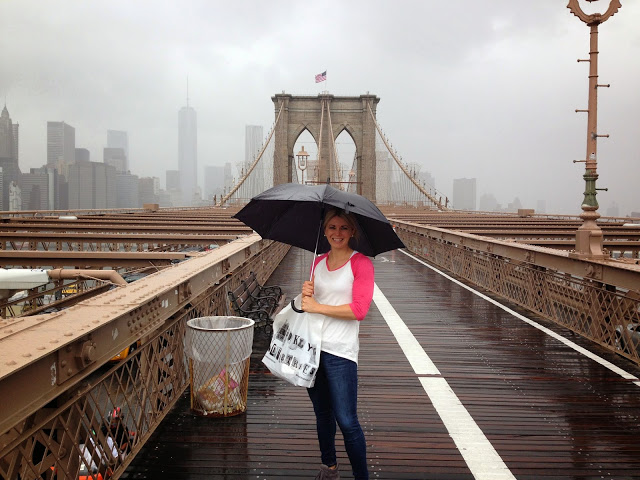 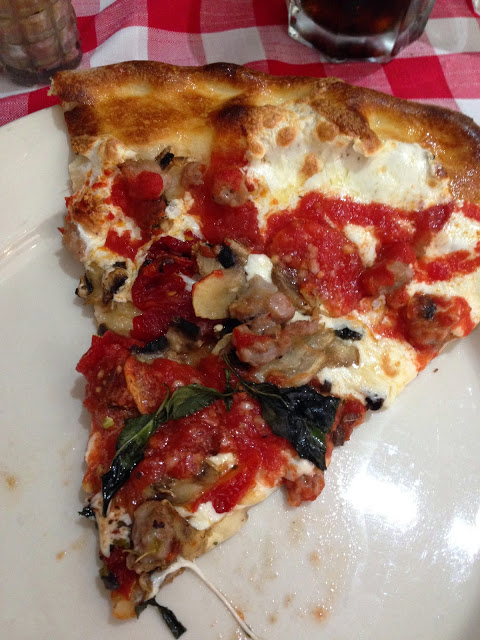 Pizza at the famous Grimaldi’s we walked right in at about 2:00, on a weekday. We took my sister in January on a weekend night and there was long line to get in, over an hour wait. It was pretty good, but I am not a pizza connoisseur. There is the cutest clothing shop around the corner that I bought a few of my favorite pieces of clothing, called Brooklyn Industries. 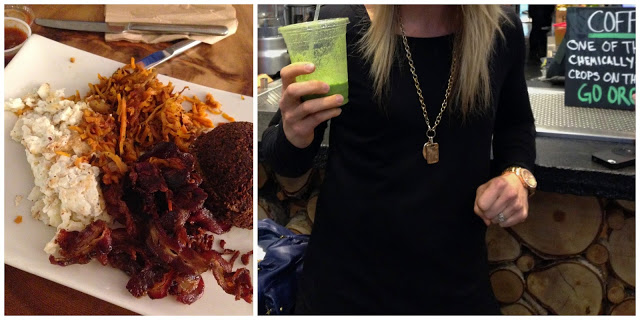 THIS was my favorite place, still dream of it and follow them on Instagram drooling and imaging that it would only be short drive to stop by for dinner when in all actuality it would be a half day adventure. So next time I am in the city this is where we will be eating Hu Kitchen a Paleo restaurant,
Love their philosophy. 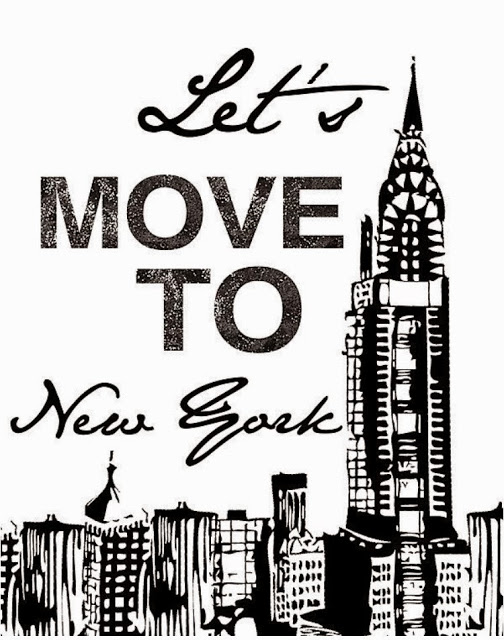 Or “Let’s move close to New York.”
We also saw Kinky Boots on Broadway, it was a good musical, can’t say it was my favorite but we enjoyed it. Ate around the corner at the Shake Shack (busiest location we have seen). Visited the 9/11 Monument, I would like to do the museum next time we go. We rented a car, managed to get it TOWED within 15 minutes of getting it (your secret is out Kevin) that is another post in itself. Got the car BACK and drove to Connecticut.
Without knowing it we drove on the exact street that we call home now.
Don't Miss Any of the Fun! 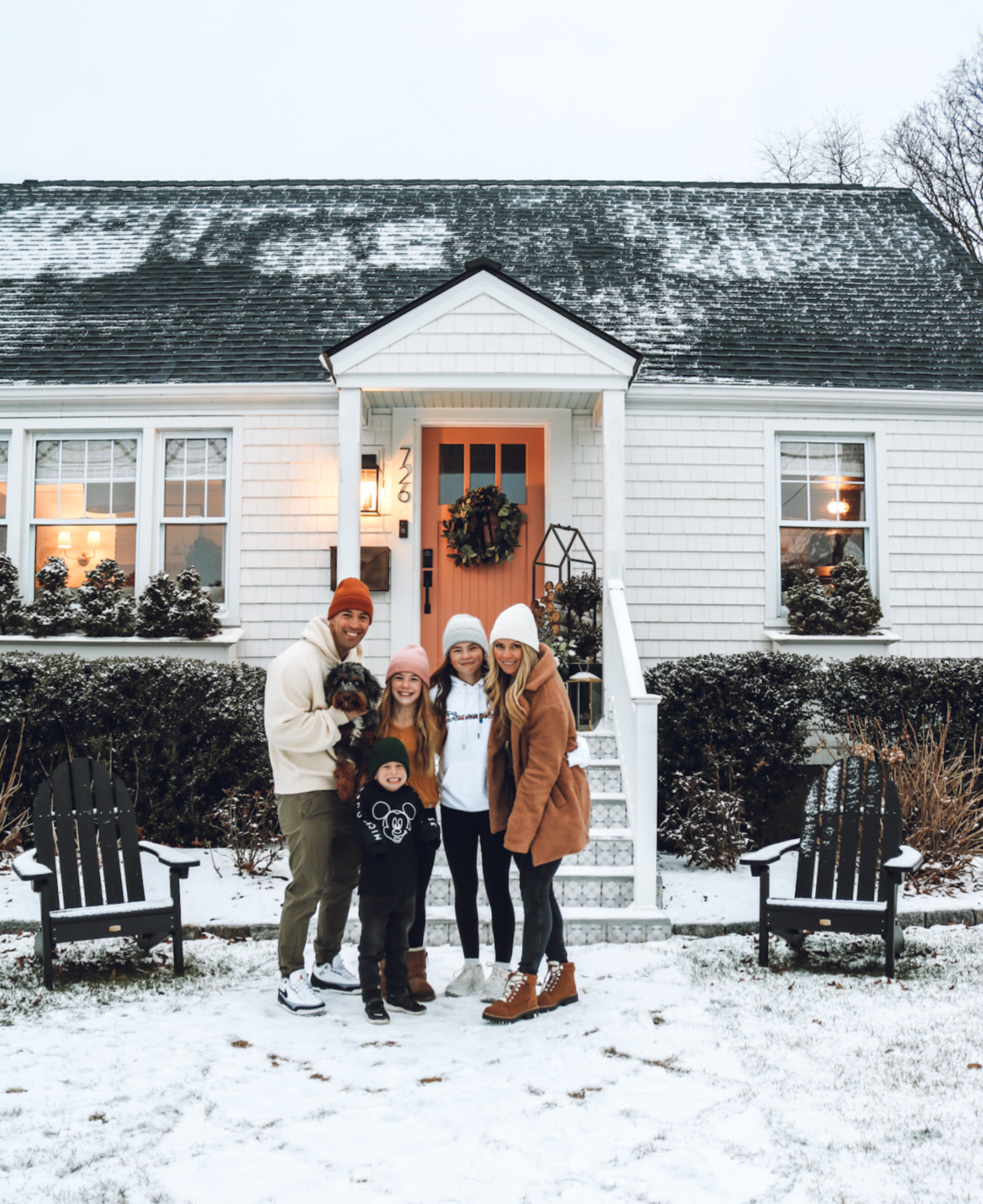 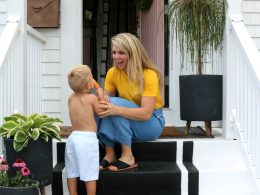 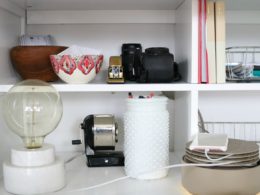