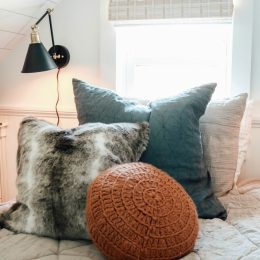 Did you catch my last blog post? We have been working on Patricks (a cutie 9 year old boy) bedroom! If you have been following along you know that we recently made-over Lukes bedroom (Patricks brother). Lukes mom had submitted Lukes room for a local makeover Kevin and I were giving-away, we ended up selecting Lukes bedroom, and we couldn't leave Patricks bedroom alone! We wanted to makeover his bedroom too. Below is where we last left you on the bedroom status- Kevin and I went away for the weekend to New York (blog post coming on that). But before we left we spent about 4ish hours ... END_OF_DOCUMENT_TOKEN_TO_BE_REPLACED 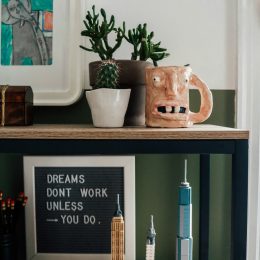 On Monday we shared that we had picked a winner of our local makeover giveaway. Kevin and I decided to give Luke, an awesome teenager boy (13) a much needed room makeover. Luke's mom had written us an email telling us how deserving Luke was of a room makeover (after we had asked for submissions to our blog subscribers). His brother has special needs and often gets the most attention and time from his parents. Luke loves his brother and is very patient (I saw it with my own eyes). They are an amazing family. From Rachel (Lukes mom) - "Luke could absolutely use a “lift”. Our younger son Patrick ... END_OF_DOCUMENT_TOKEN_TO_BE_REPLACED 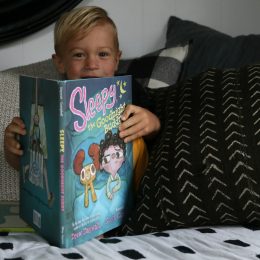 This post is sponsored by Disney Book Group We moved Finn out of his crib! Have to admit it was hard to do. I kept putting it off.  I mean, he has been crawling out of his crib since he was 9 months old. Never once fell out, just muscled his way out and escaped. After a couple of hard nights of putting him back in the crib maybe 15 times, he finally stayed. So it really wasn't going to be an issue putting him into his big boy bed. Just sad for me to leave the official "baby" stage. But, he was ready and we wanted to give him more space in his room. He has done awesome sleeping in his ... END_OF_DOCUMENT_TOKEN_TO_BE_REPLACED 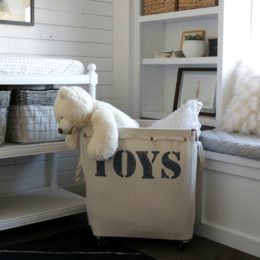 I have a simple follow up DIY tutorial from the nursery I shared a week or so ago. This is an easy custom Toy Storage Idea for a kids room or baby nursery. Even think outside the "Toy" label I put on it and use it for a unique rolling hamper in a laundry room or really ANY space that you can think of and need custom storage for. This custom way to organize toys cost under $50 and the original version that gave me my inspiration was well over $125.  A lot of you requested this tutorial from when you saw it on the nursery post and on my Instagram Stories (videos I shared on ... END_OF_DOCUMENT_TOKEN_TO_BE_REPLACED

Ashley from House of Five recently made over her sons bedroom, and it stopped me in my tracks. I had to ask her to share it with us! I asked Ashley how she came up with the design idea for this darling "Americana" themed bedroom. She said that her husband is a prior service Marine and is currently enlisted in the Army National Guard. He has been in the military as long as she has known him and they have gone through several deployments. They are a military family through and through. When they found out that their second child would be a boy Ashley knew she wanted an "Americana" themed room to ... END_OF_DOCUMENT_TOKEN_TO_BE_REPLACED 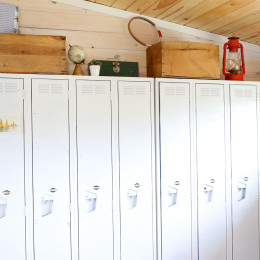 When I saw Ashlea from This is Mamas Dance sons shared bunk bedroom my jaw dropped! I had to share it with all of you and also for my article in the free online magazine Everything Home. Ashlea and her family live next to a lake and has a coastal cottage feel. She knew she wanted the boys’ room to fit within that aesthetic while still being playful and functional. Ashlea grew up in a large family and loved sharing a room with her sisters. She wanted her boys who are 6 and 8 to have that same experience. Living at the lake gave her the idea of a “bunk room". She wanted it to feel like they were ... END_OF_DOCUMENT_TOKEN_TO_BE_REPLACED

I took that before photo of this house 2 years ago

Winter porch✨welcome in! I have to say this 1970

Happy 12th Birthday Lola Loo!!! We sure love every

Christmas Home Tour of our main floor! Nothing lik

Ok aren’t you surprised at how cute these rattan

Happy Thanksgiving!!! Thankful for you 🤍the fri