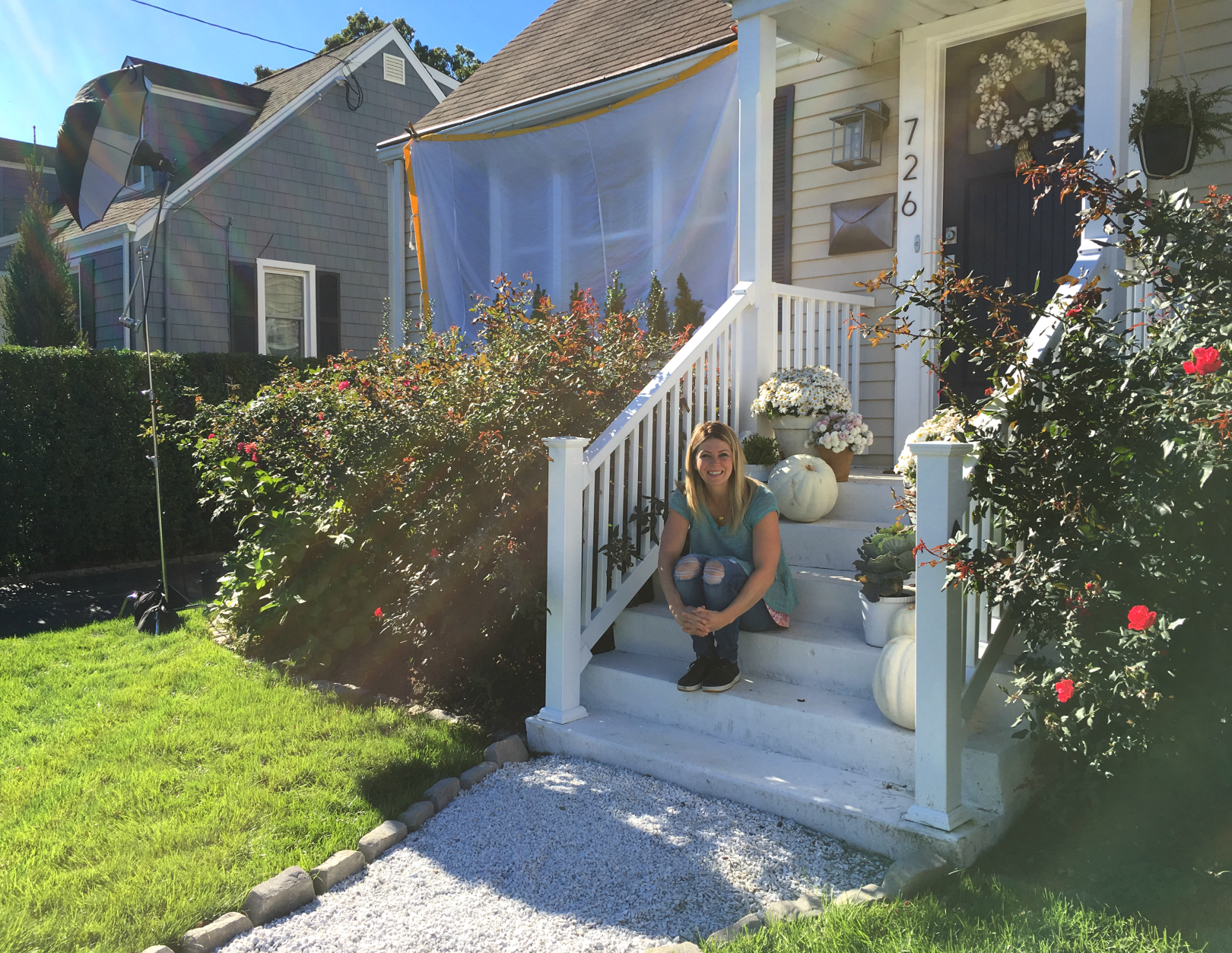 I got an email from a magazine scout. She wanted to know if she could submit our home to a magazine. I said sure, doesn’t hurt to try. I have to admit I was a little excited and hopeful. About a month later I got an email saying they were going to pass on our home. It wasn’t a right fit. I was a little bummed out.

Fast forward to a couple months later and another magazine scout emailed me. She wanted to know if she could submit our home for a Christmas issue featuring kitchens. I said sure go ahead, but told her it was already turned down by that same magazine she wanted to send it to. She said it maybe just wasn’t what they needed at the time. She came back to me about a week later and said they were going to pass on the the Christmas feature BUT they wanted to shoot our entire home for HGTV magazine.

Just shows that you might get a “no” but it might be because there is a better “yes” down the road.

And you know what? Now that our home as been in a national magazine, nothing is different. I guess it is something I can put on my resume. But it is not like I am any happier or more successful. I am not sharing this to boast- just to show that our house is small and average yet it still has something that can be shared.

Homes don’t need to be- perfect, a certain square feet, new or have the latest and greatest to be worthy. Remember that. All homes are worthy.

It was a neat experience to see the behind the scenes and what goes into getting THAT ONE SHOT.

I was surprised to see they don’t come in and snap a million photos, then go back and decide what picture to use. They come with a “punch list” and they know exactly what shots they want to get, how they want it to look and the angle of the shot.

Let me start from the beginning. After the magazine scout asked to feature our home I submitted about 25 pictures of each room from different angles.

They approved our home and then we set a date. They needed two days. One for shooting all the rooms and one day for lifestyle photos with our family in the shots.

We went back and forth via email. They had me tell our story, go into depth about living in a smaller home and source every. single. thing. I then had two separate phone calls that were over two hours each time. A lot of work goes into each article!

The first time anyone from the magazine saw our home was the day of the shoot. I had gotten and email asking where they could “set-up everything”. They thought I had a garage or some magical staging area. Nope….just my basement. After that email, I got worried that our lack of space would be an issue. So I asked “Do you ever decide to not shoot a house once it has been approved?” The editor said, “no, we love your home, we will not back out.”

I have to admit after they reassured me that they would not cancel our house- I was then worried they were going to change everything! And not make it look like our home. I have friends that have had their homes in magazines and they said they changed rugs, accessories…a lot! I get that they want it to look like “them” like their magazine image and styled just right for a national magazine. But I really didn’t want them to come if that was the case. I wanted my design and home style to be in the magazine, not just a prop house.

They asked if they could order some pieces and send them to our home. I said sure, but asked my contact to please clarify what and how much they were going to send. She told me just a few pillows and a few accessories. I was really happy with the end result. They brought in a couple bright pillows for the girls bed and added a few of bright canisters in the kitchen. I mean they are HGTV Magazine, known for their bright colors. So I didn’t mind. Also a lot of flowers went were brought and I think they used maybe 1/4th of them.

Once everyone showed up the day of the shoot they knew what room they would tackle first based off of lighting and where the sun was. Then they would take a picture and everyone would look at it on the computer. There was David A Land (photographer) and his assistant, Mathew Gleason (stylist) and his assistant and one of the magazine editors was also there. Once they made a couple tweaks to the room they would then send it off to the HGTV magazine office to the Head Magazine Editor and her team for approval. They would come back and tell the stylist to turn a pillow a certain way or to move the flowers slightly. It was all very interesting to watch and a big process with a lot of hands on that one photo.

I took a lot of photos and unfortunately my camera card got damaged (along with my camera). I did have some iPhone photos I took. My mom flew out for the two days was here to help me. Finn was only 5 months old, so she was a lot of help with him AND she snapped some behind the scenes of the photo shoot too!

The HGTV magazine photo shoot took place in October 2016 and they knew the article was set to release in the Spring (ended up being a year and a half later!)

They took a couple of different “lifestyle” shots with our family. One area they shot but didn’t end up using was the upstairs family room. I am glad they didn’t use the photo, that room was not really finished at the time. I do love the photo they used of us around the piano. (Can you believe how different our house looks and the kids??!).

Finn’s nursery did take some moving around to get a good shot. They also shared a photo of the daybed space in his room too.

When they took a picture of the kitchen it was dark outside. They used lights outside the windows to make it seem like daylight. And don’t you just love that all the chairs and stuff is just piled on the table? Haha! Totally a “small space trick”. They also shot the kitchen table too and  had to hold up the chandelier because it was busy in the photo.

The living room was the first shot of the day. I loved how this room turned out. Obviously it is much different today. I do think that if I didn’t have these brighter colors in here at the time HGTV Magazine would not have come out to our house. I had actually switched the navy stripe to a white curtain from when I sent the original photos to the scout. Thankfully I still had them and we put them back up that day. I will say I like this room both ways, but the way we have it today is more functional with the smaller secretary desk, longer sofa and two swivel chairs (you can see it today HERE if you are new to my blog).

Our backyard did get a photo too! They liked the strips on the deck and wanted to show that. We have since changed this space a lot and I like it way more the way we have it now (you can see what it looks like now HERE if you missed that). But I did like the navy stripes!

Make sure to pick up the March 2018 Issue of HGTV Magazine to read the full story and see the rest of the photos. And thank you, thank you to all who have already seen it and left me a kind message. I really appreciate it. And I will sign your copy if you see me in person….haha! 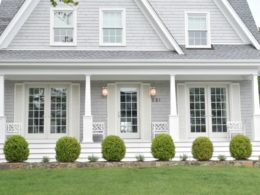 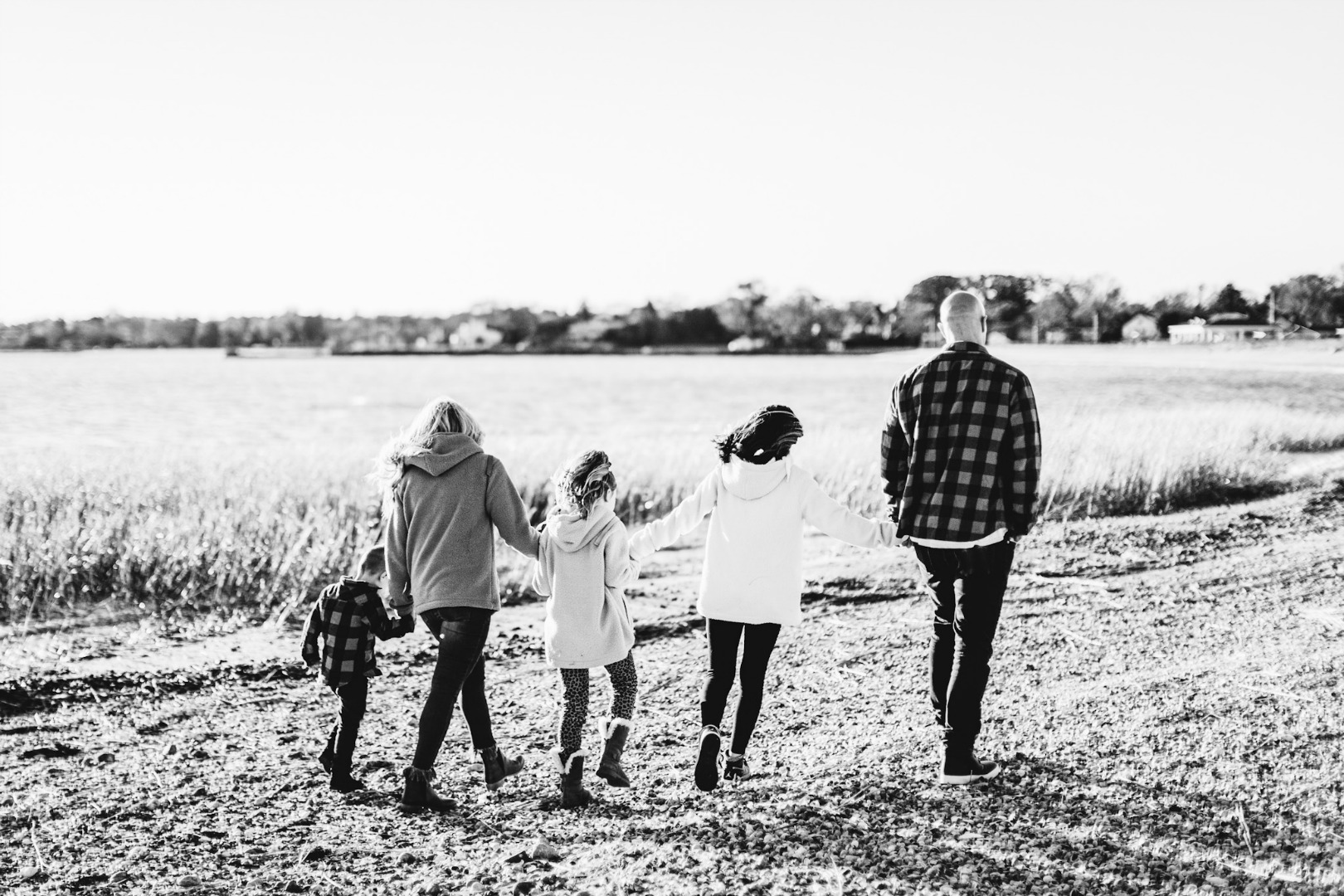