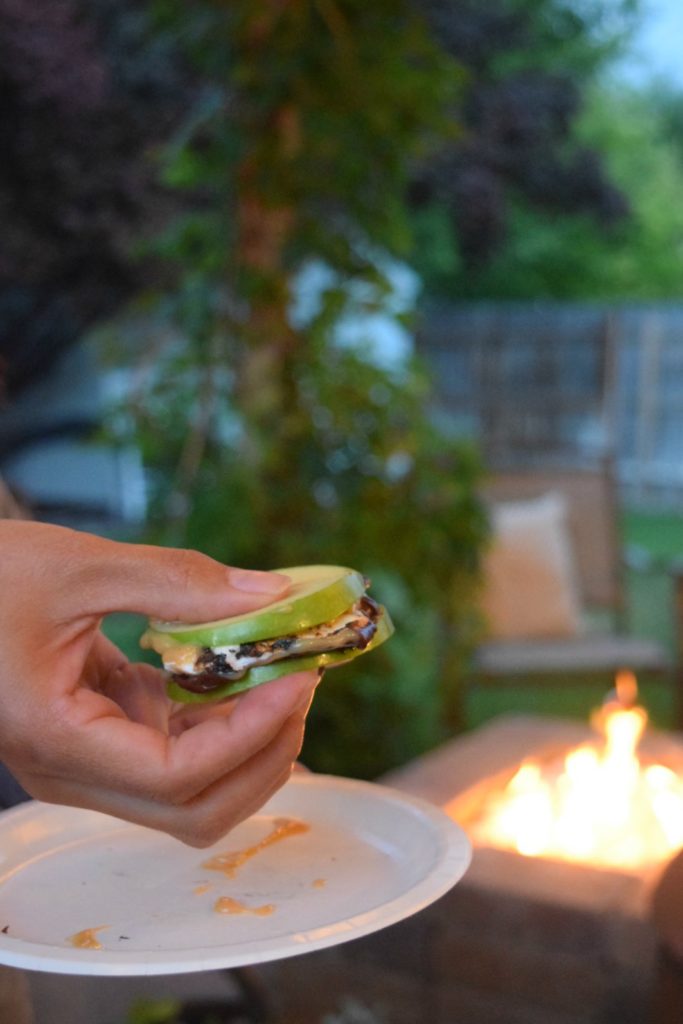 We are in Utah visiting family and friends for a couple of weeks. It has been so much fun- such a nice break and really gives me a boost to be around people I love so much. The other night my sister suggested a S’more Girls Night in her gorgeous backyard. I took her idea and turned it into a S’more Off! All our friends had to bring a unique S’more idea to the party. The only rule was that they had to bring something that could be roasted over the fire (no hot dogs). Of course we picked a winner and there was a prize. You are going to be surprised at the winning “S’more” because it actually isn’t a S’more but a brilliant addition to a S’more night. 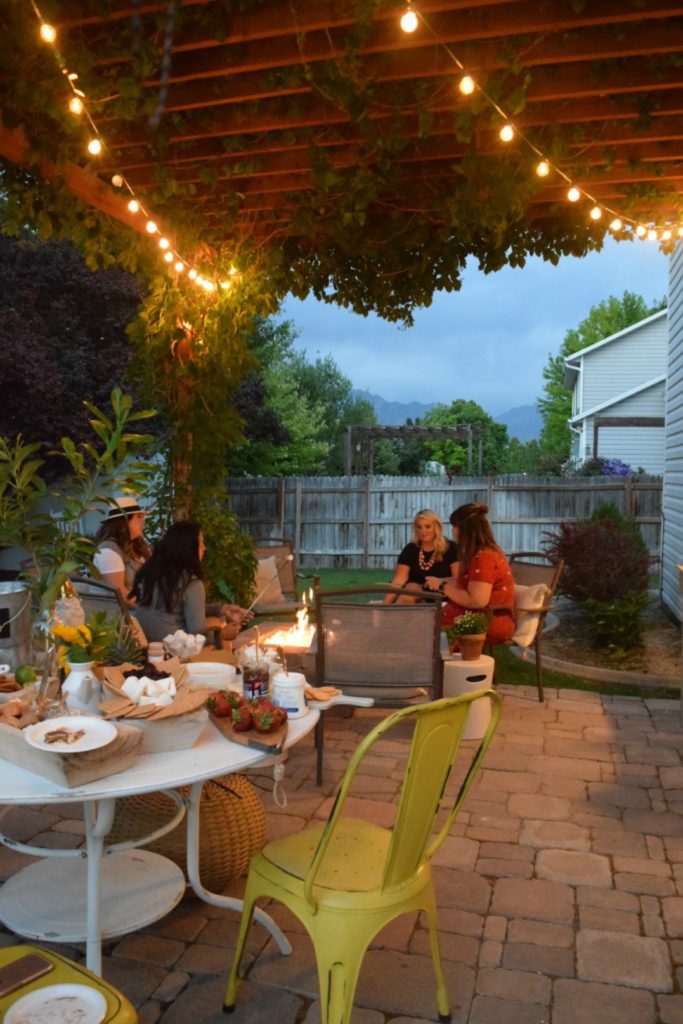 I had some fun giving her backyard a little refresh for the party. Her gas fireplace is the greatest thing ever! Her husband just gave her gas fire-pit a facelift. It used to be a round shape that was low to the ground. He built it up with pavers and now it is really is the center of the party. Read to the end of this post to see more pictures of her backyard. 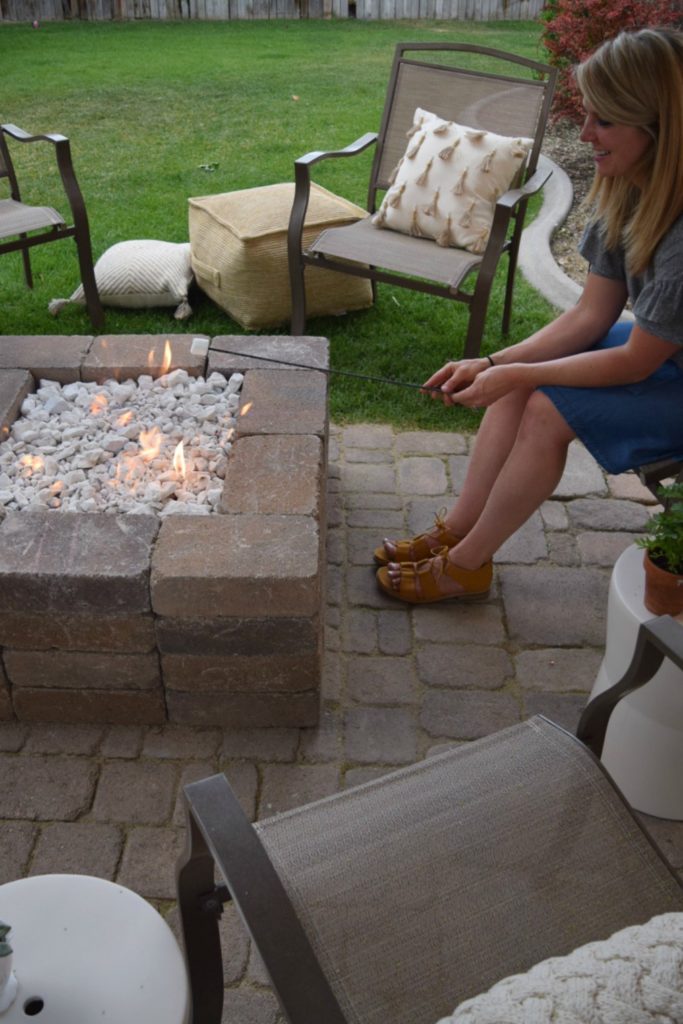 Below are 10 S’more Ideas and some with a Healthy Alternative. I  really wanted to share creative ideas to a typical S’more, showing that anyone can enjoy S’more night even if they are watching what they eat or have specific diet requirements. And this party validated why I love my amazingly creative friends and sister who put up with me turning a fun night into a competition and a blog post. They all brought their A game! 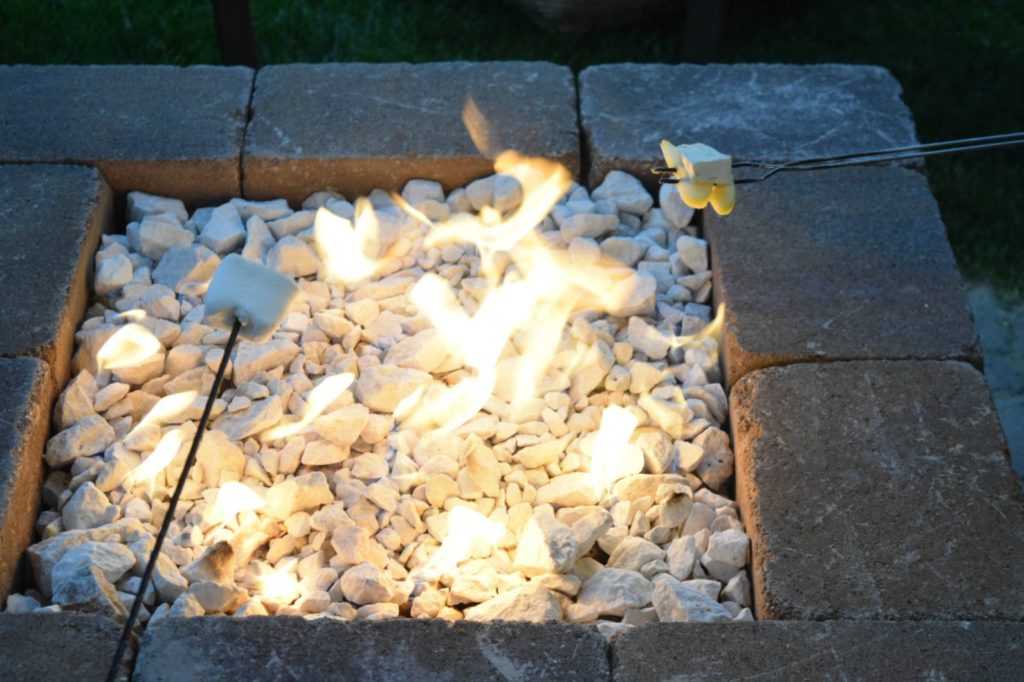 Stacy brought a really creative idea, to roast a fresh strawberry that has been dipped in marshmallow fluff. After she roasted the strawberry over the fire with the fluff she then dipped it in chocolate sauce and garnished it with crushed graham crackers. This one was one of my favorites. 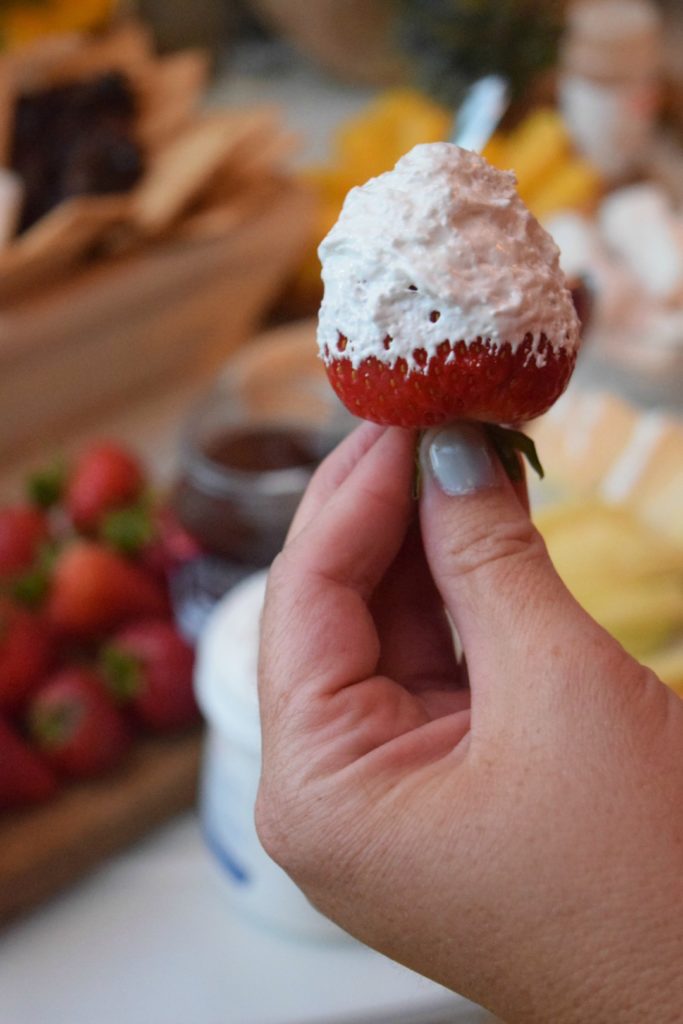 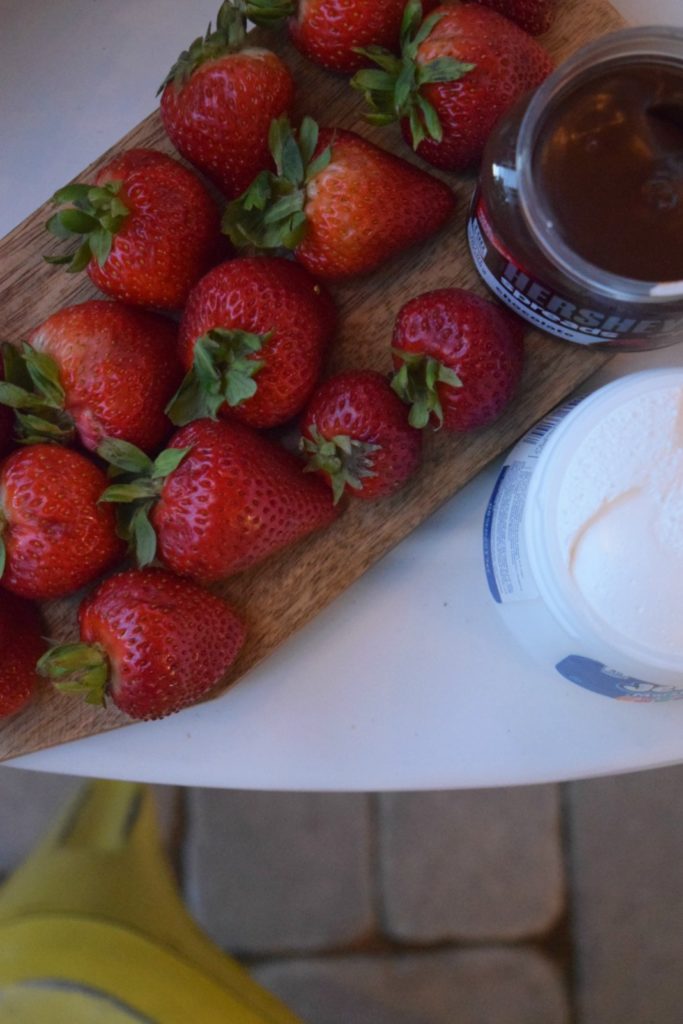 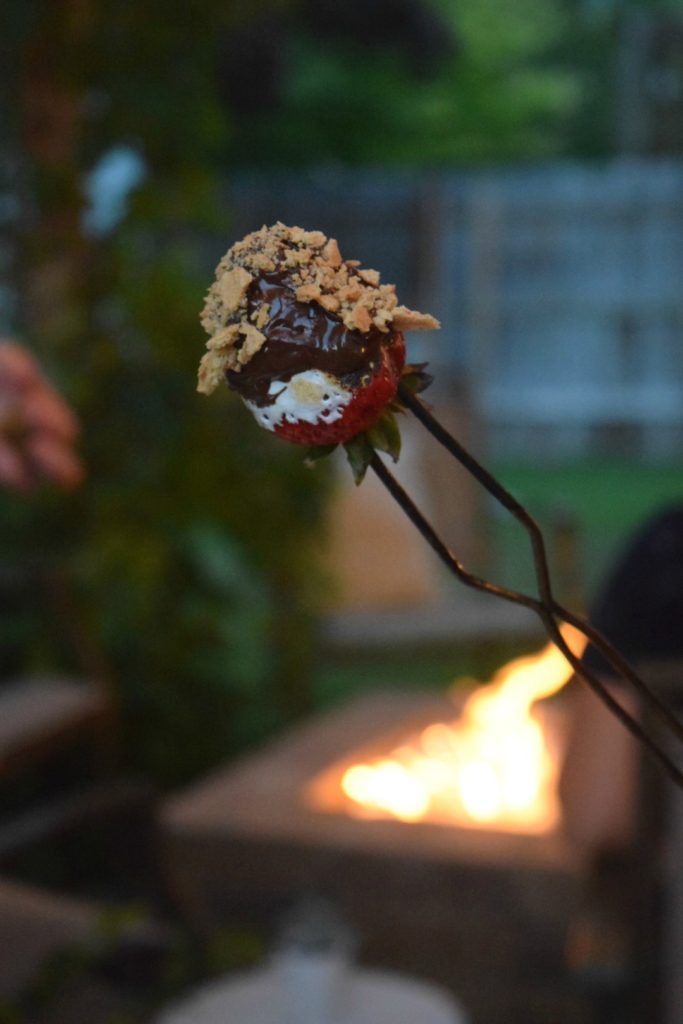 My friend Laila gave me the idea to cut up a fresh Pineapple and roast it over the fire. With cinnamon sprinkled over the top. It was a really nice addition to the S’more party!

Angie called this one a little “waste line friendly”. She sliced green apples really thin and cut out the core. After roasting her marshmallow she smashed it in the center of two green apples that had a thin layer of caramel in the center.

Ok this Key Lime S’more was my favorite! My sister Britany created it and it was out of this world. She used two shortbread cookies with a dollop of Lemon Curd in the center, roasted marshmallow then garnished with fresh lime zest. Hold. The. Phone. 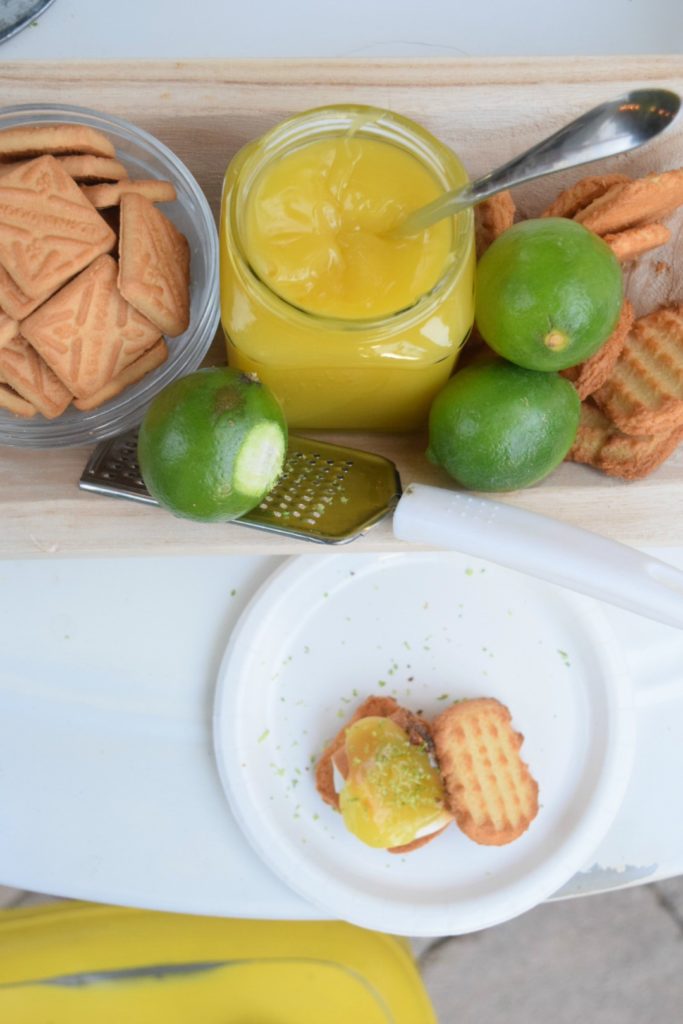 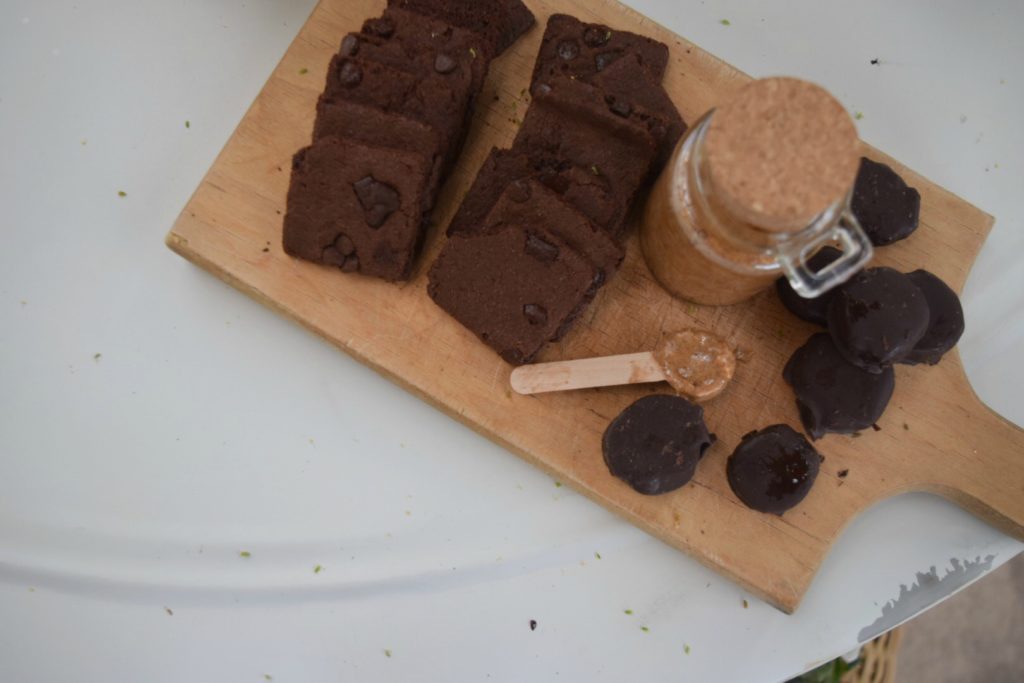 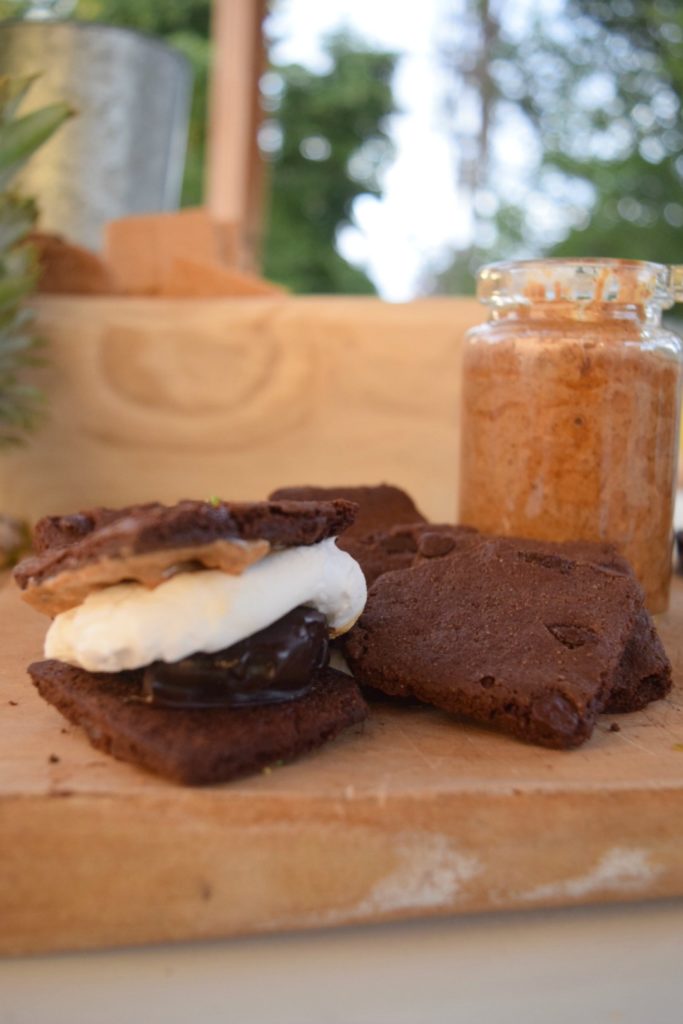 Lindsay got extra creative with this twist on a S’more. I consider this a S’more appetizer. She roasted a sliced apple with a piece of Brie Cheese over the top. Then sandwiched the melted Brie Cheese and toasted apple between two Ritz Crackers. It was very creative and really good.

Casi taught us something with her S’more that I had not heard about. She made Dulce De Leche with a can of sweetened condensed milk that she boiled for 3 hours (google that for exact recipe). Anyways it turns into Dulce De Leche! She put a big dollop of the Dulce De Leche over her homemade brownie, roasted marshmallow and sandwiched it between two graham crackers. It was a serious S’more that was probably the prettiest looking S’more yet! 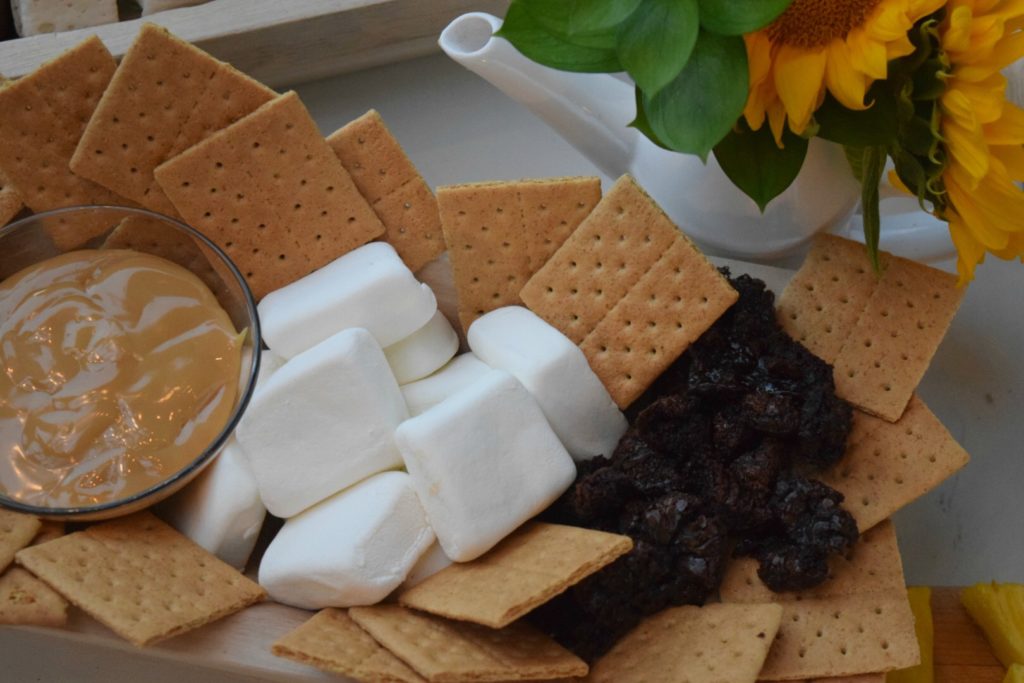 Toasted Coconut is probably one of the best things ever to be toasted. Sophia used a piece of Ghirardelli Caramel and Chocolate square between two traditional graham crackers with a layer of toasted coconut. It was kicked up another level once you dipped all the sides of the melted marshmallow in the toasted coconut. That toasted coconut REALLY made this S’more. 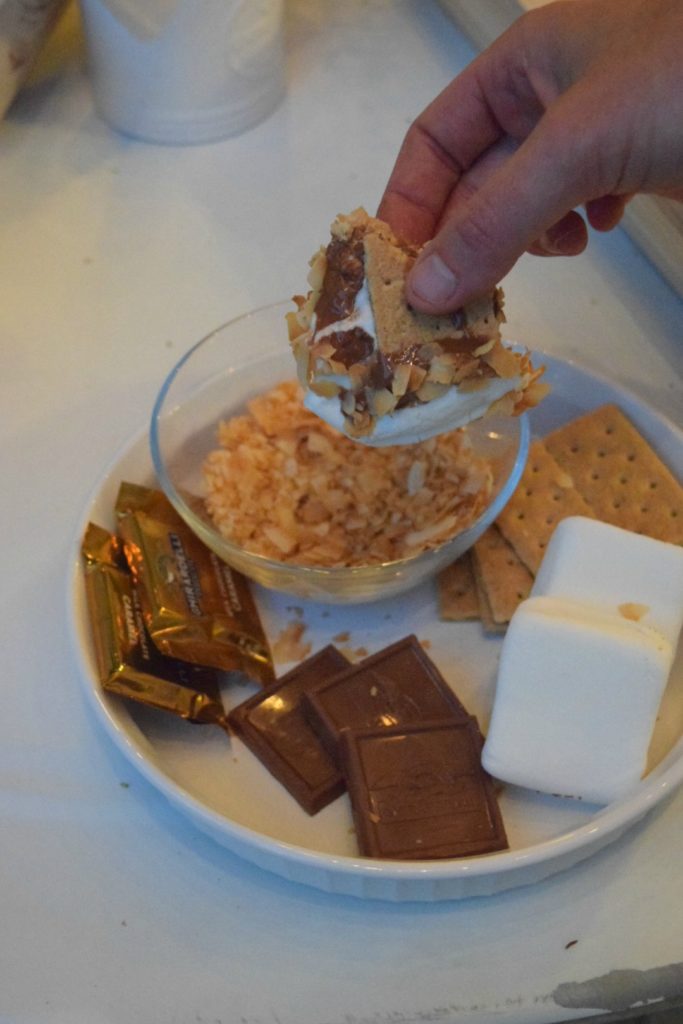 Rachel is the queen of caramel. She found marshmallows that had pieces of toffee in the center, those alone were crazy good. She used two pieces of chocolate covered graham crackers, a layer of her homemade caramel, sprinkle of sea salt all melted around that toffee marshmallow. It was gooey, messy, so tasty and worth every bite. 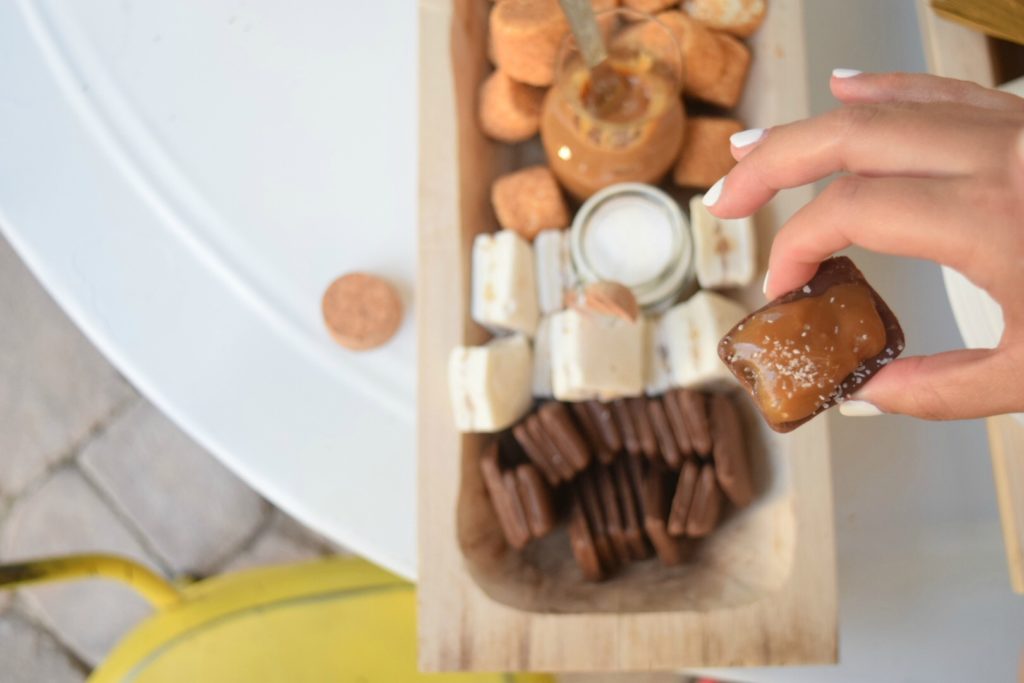 Game. Over. This was our WINNER! We almost didn’t get to enjoy Kim’s amazing creation because of her husband. When she shared her idea with him, he said “I almost threw up in my mouth!” He didn’t get the concept, we forgive him. I absolutely loved this idea, another great S’more appetizer. Kim roasted her cherry tomatoes over the fire. Then sandwiched the roasted tomato between two crackers with a layer of Burratta Cheese, sprig of basil and a drizzle of reduced balsamic vinaigrette. I want one now. 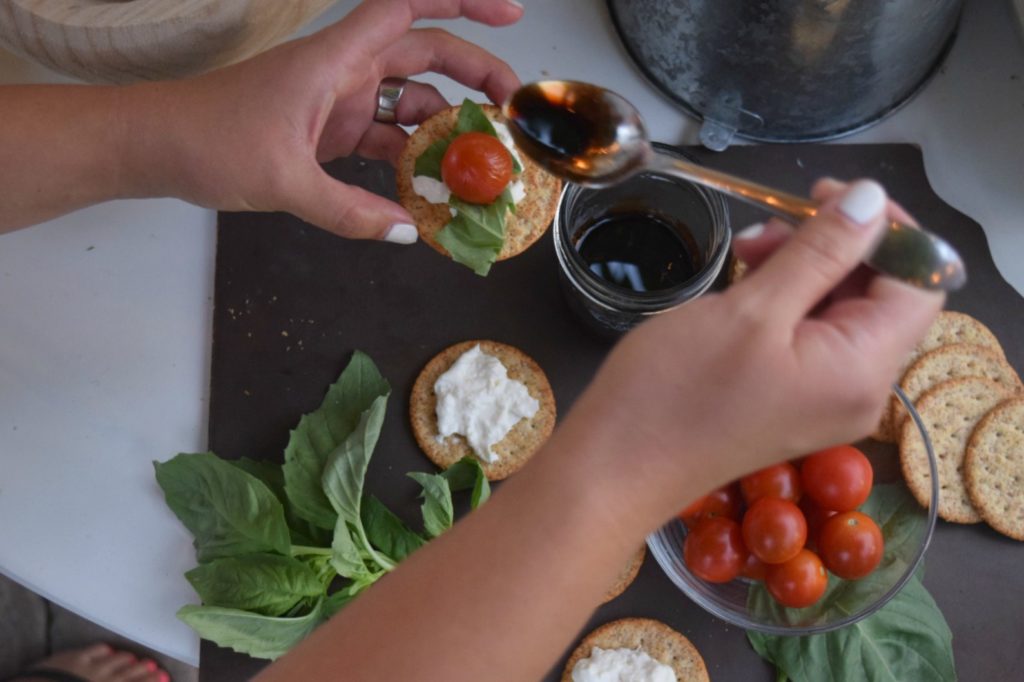 Here is a little tour of my sisters backyard! See if you can spot our party favors. 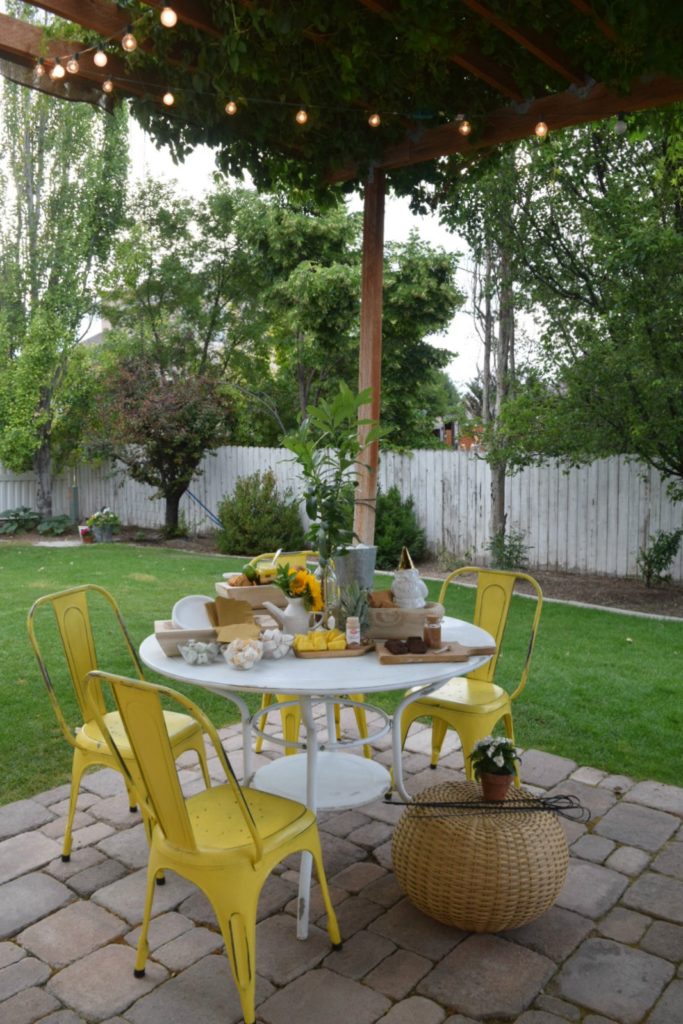 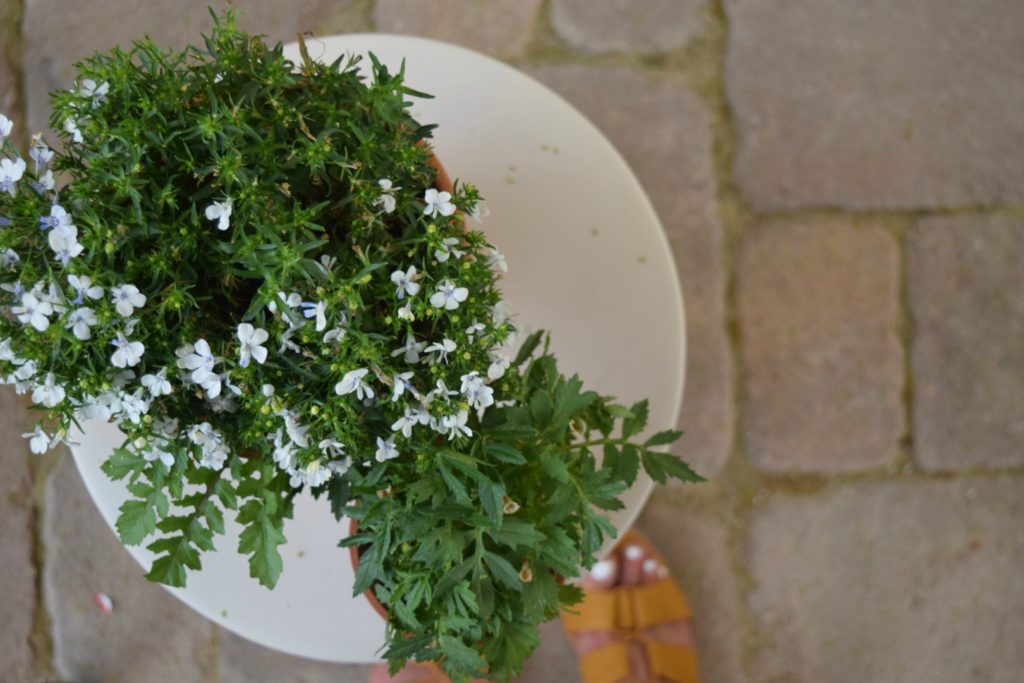 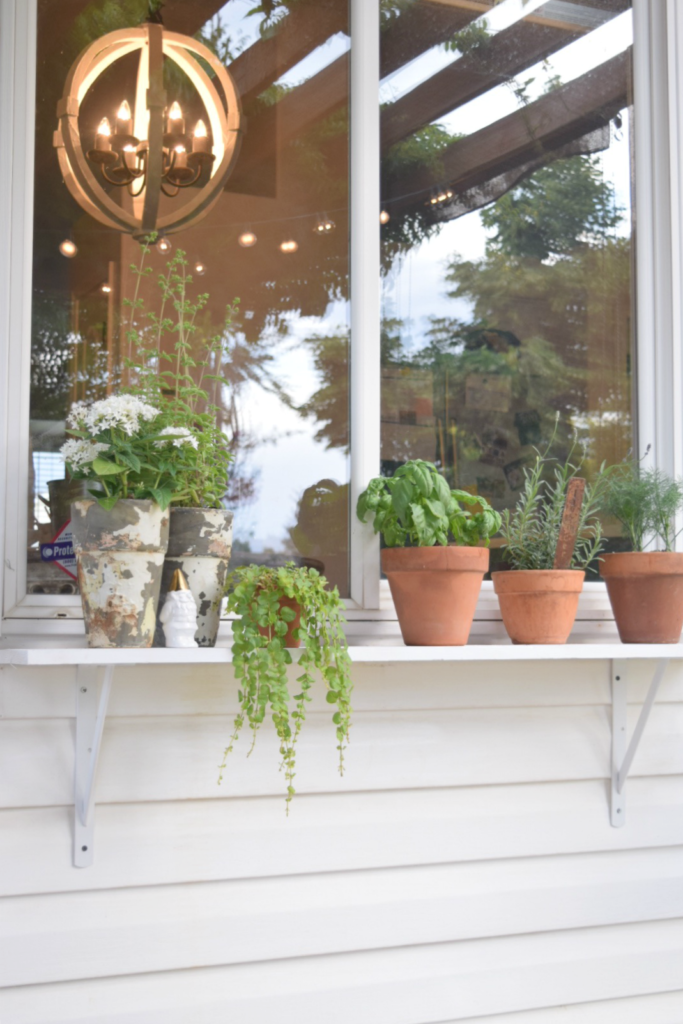 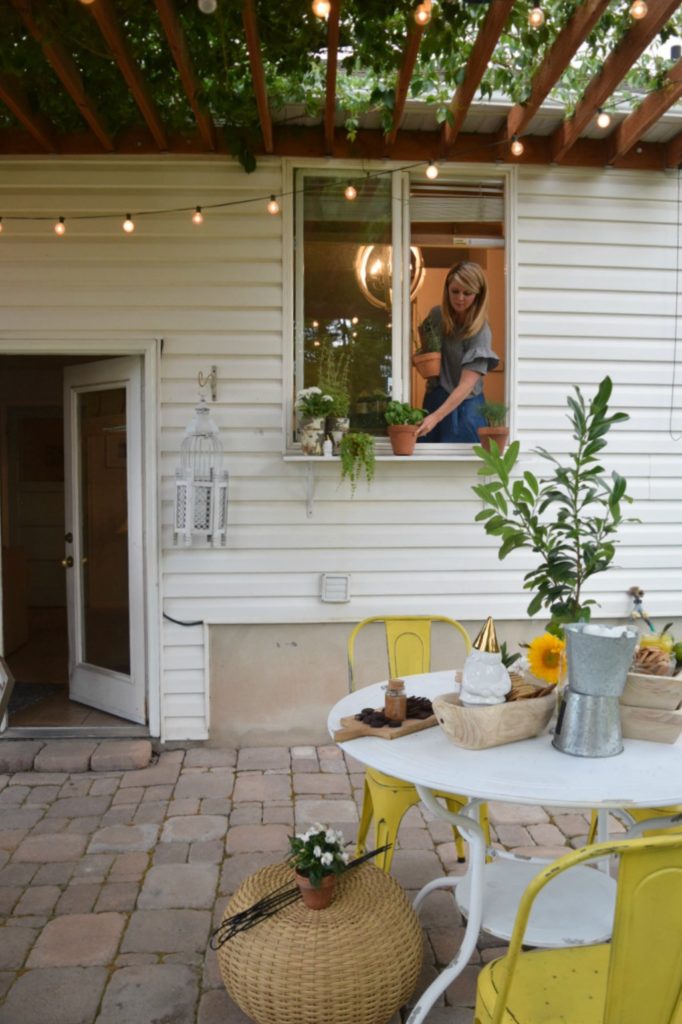 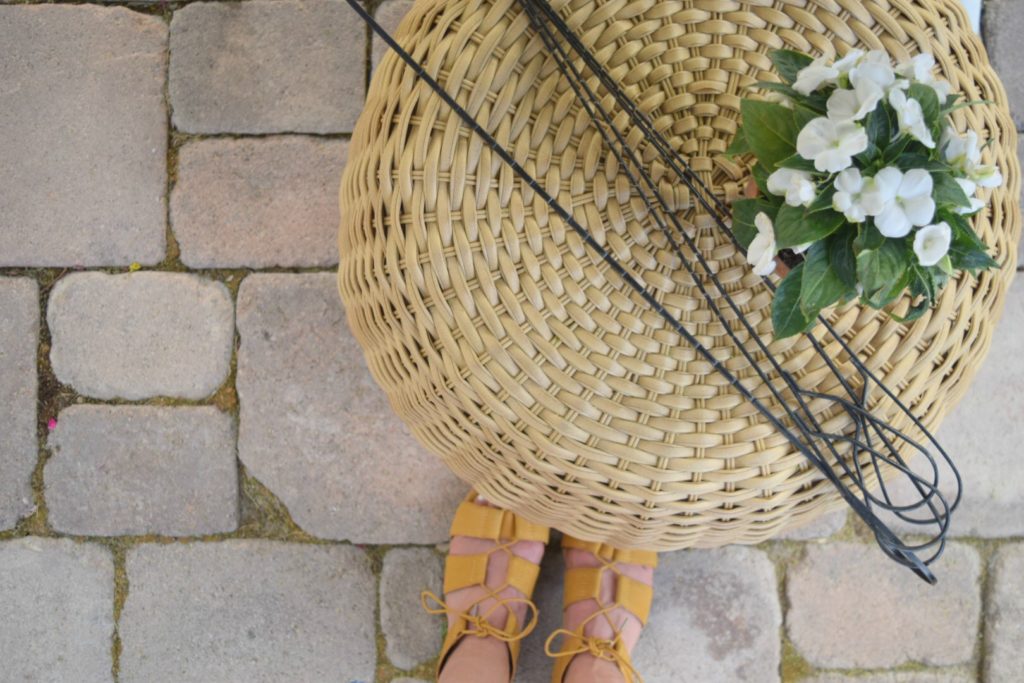 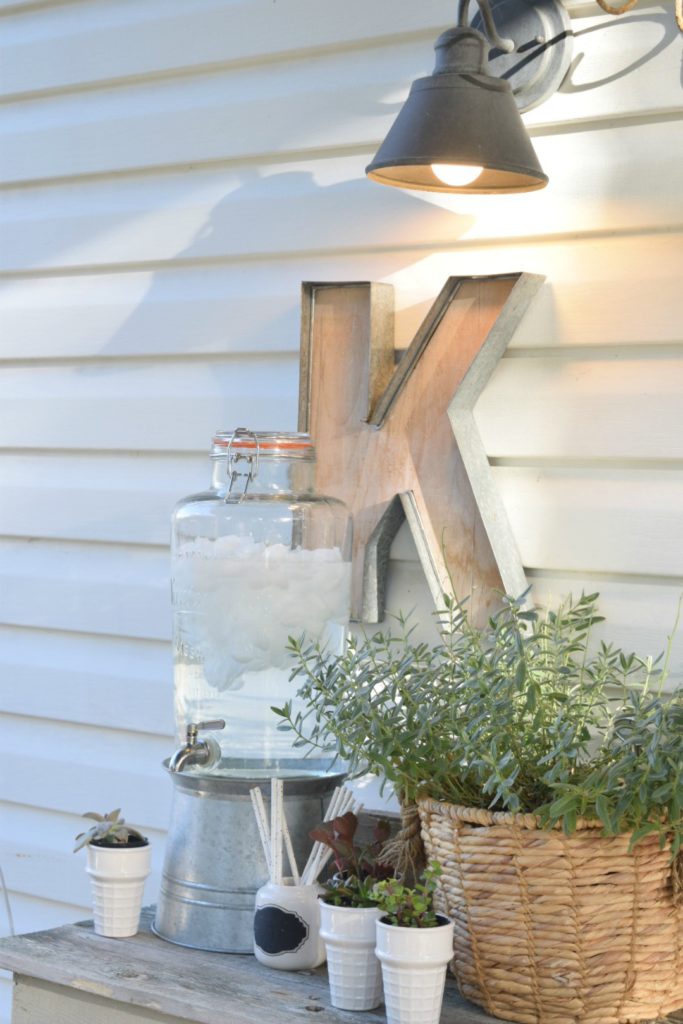 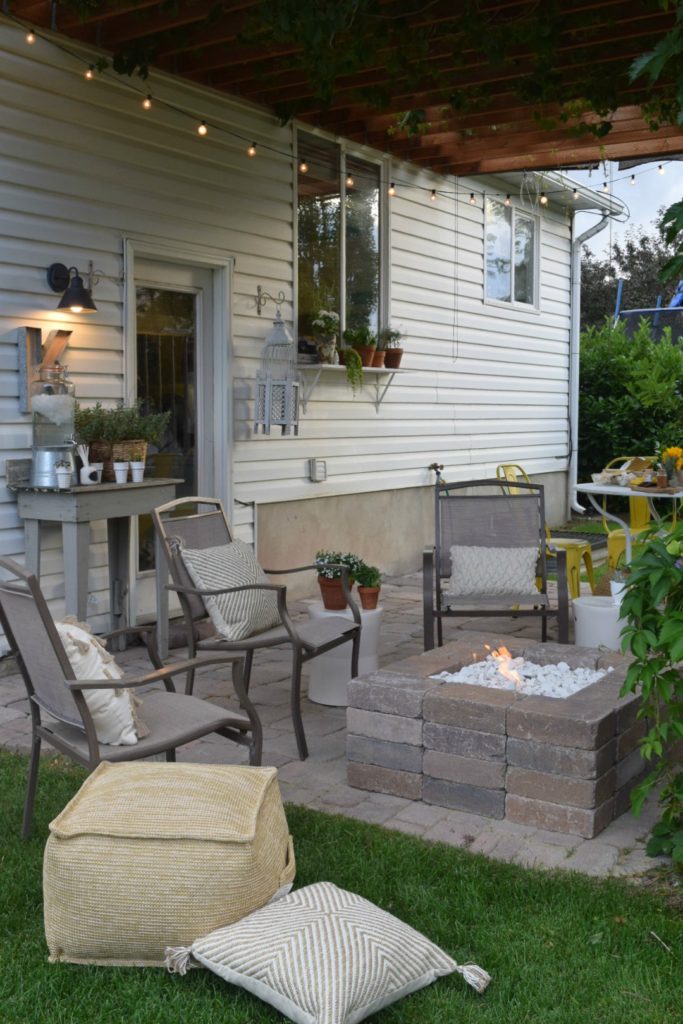 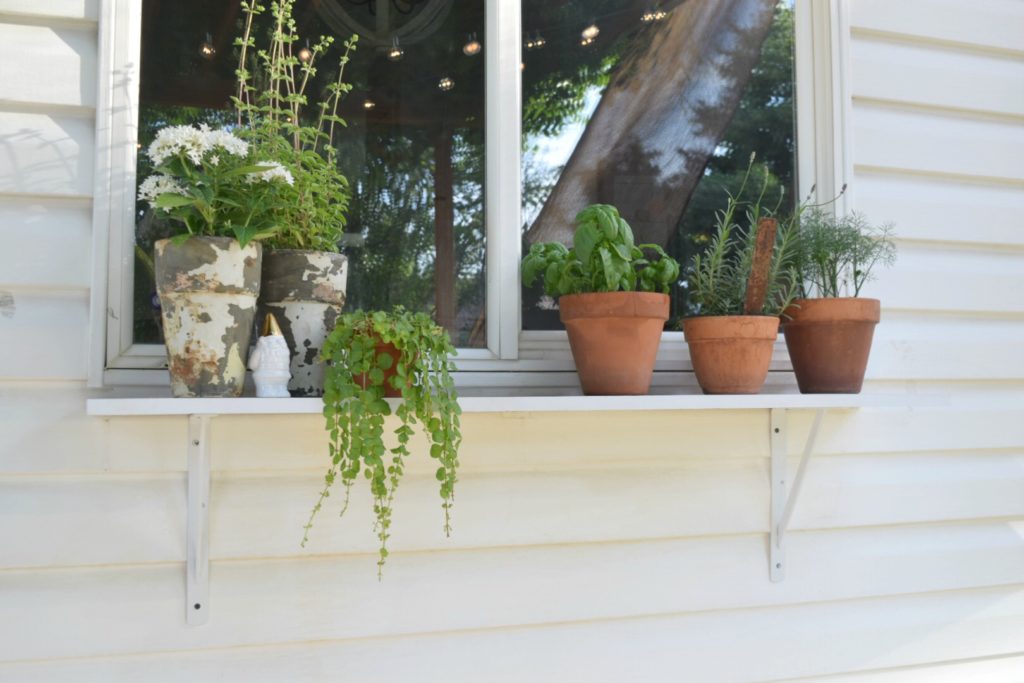 Most everything I updated her outdoor space with I found at Target, and all of their outdoor is over 30% off right now! Don’t walk. Run HERE now. 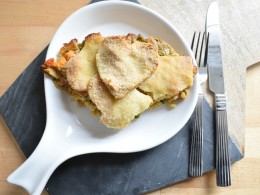 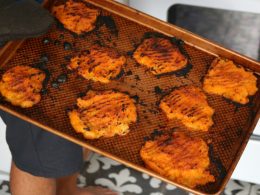 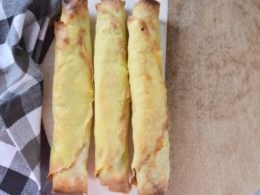 Back door entry photos! Swipe to see what it looke

The entry from our garage now feels finished! We b

Photos from Laila’s office! About half the decor

Fall porch 🍁I have been sharing our porch for 6

We got a text from our neighbor “thanks for putt

Tell us your must-haves from Trader Joe’s below!